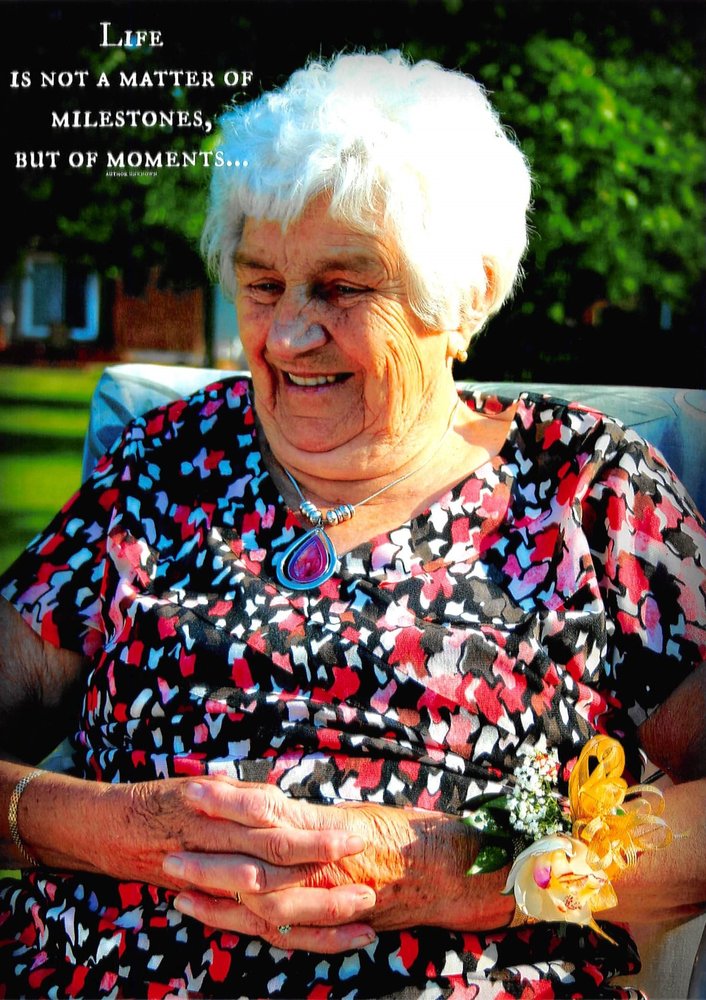 Passed away peacefully at St. Joseph’s Hospice, Sarnia on November 23rd, 2017, after a brief illness. She was 89.

Anna was born June 30th, 1928 in Gilze, The Netherlands. She married John B. Aarts in 1954 and immigrated to Canada shortly after.

She is predeceased by her husband John (1986), daughter Nancy DeGroot (2000) and granddaughter Janet Timmers (1990), along with her brother Piet Timmermans, sister Adriana Vaarten, sister-in-law Ad Timmermans, sister and brother-in-law Riet and Jan Oomen, as well as brothers-in-law and sisters-in-law Luc and Jan Van Rooesel, Rien and Anna Aarts and Ria and Jim VanHellemond.

If Anna was writing this herself, she would probably want to publish the birthdays, anniversaries and license plate numbers of everyone on the list, but we only have so much space. Rest assured she knew them all.

Share Your Memory of
Joanna
Upload Your Memory View All Memories
Be the first to upload a memory!
Share A Memory