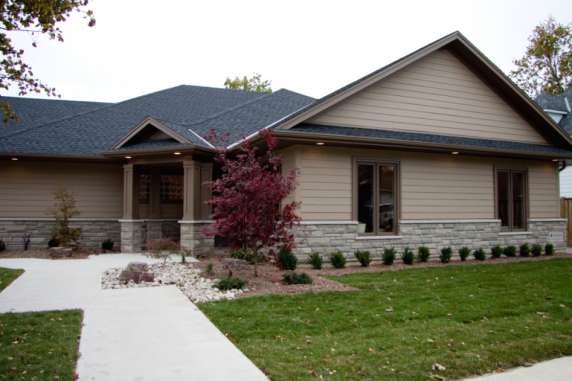 In 1868, Henry A. Cook after having immigrated from England moved to Watford and opened H.A. Cook's Furniture and Undertaking in 1870.  Taken from  Lovell's Province of Canada Directory 1871  - "Cook & Kenward  cabinet makers and undertakers." An ad from an 1893 newspaper showed his business as furniture, fancy go ods and "undertaking receives prompt attention." In 1911, William Harper along with brother George opened W.H. Harper  & Son after having purchased the Cook's Furniture and Undertaking business from Henry's son, Arnold Cook. Like many of the pioneering  funeral families in Ontario, the Harper's were industrious.  Along with their funeral business, they operated a furniture store, a trucking service and an ambulance service.  In 1935,  Carmen purchased the Thom residence (the present day location). Three generations faithfully served the community of Watford.  In 2005, Jim Harper sold his business to Bill and Brett Denning.  Their mother Becky stepped into the manager's role to help the boys out.  (Bill and Brett were both employed at other firms at the time).  Harper's is now known as the Watford Chapel. 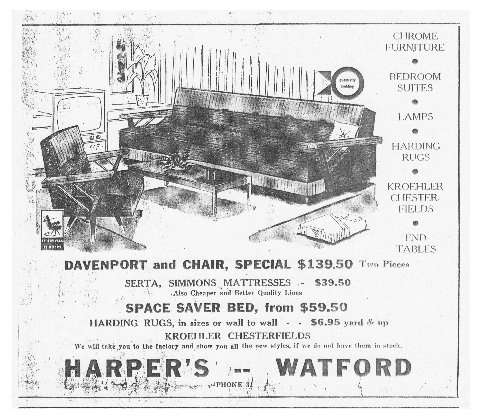 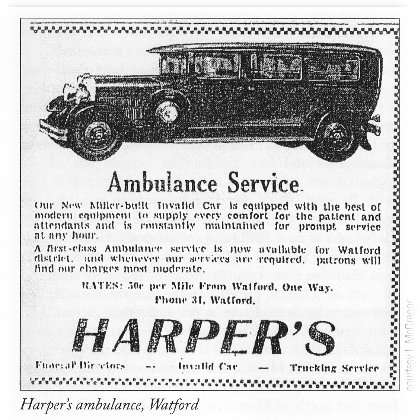