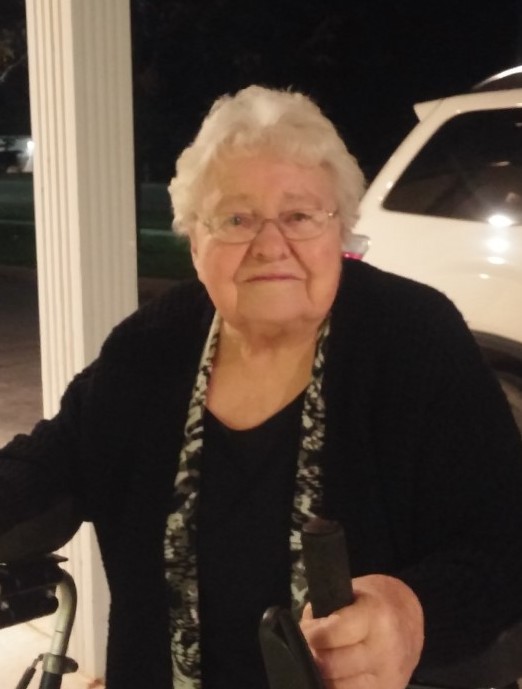 It is with heavy hearts the family of Ellen Chambers announce her peaceful passing surrounded by her loving family on November 4th, 2019 at Strathmere Lodge in her 82nd year. Beloved wife of the late Garrey Ross Chambers (2003). Loving mother of the late Raymond Chambers (1972), Roger (Cindy) Chambers and Barbara (Jason) Caris. Cherished grandma of Crystal, Keith, Ryan, Ashley, Austin and proud great-grandmother. Survived by her siblings Melvin (Betty) Arnel, Cecil (Margorie) Arnel, Francis Bright and her sister-in-law Norma Arnel. Predeceased by her brother Ernie Arnel and brother-in-law Eldon Bright. Ellen will be missed by extended family and friends. Visitation will be held on Thursday, November 7th, 2019 from 11:00a.m. until the time of funeral service at 1:00p.m. at DENNING’S OF STRATHROY. Interment to follow at Strathroy Cemetery. As expressions of sympathy, donations may be made to a charity of one’s choice, The Humane Society of London or the Heart and Stroke Foundation. Online condolences and donations may be left at www.strathroyfuneralhome.com.

Share Your Memory of
Ellen
Upload Your Memory View All Memories
Be the first to upload a memory!
Share A Memory